La scapigliata is a cross stitching project that I started in August 2008 but I have never finished it. I absolutely love it! I tried to promise myself that I would finish it last year in my Experiment but that didn't happen due to the wedding, honeymoon then Christmas. 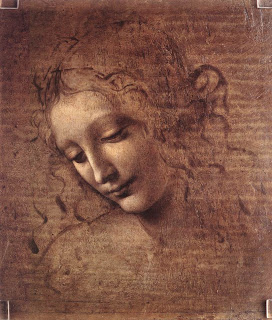 La scapigliata is actually an artwork done by Leonardo Da Vinci around 1500. It was also featured in the movie Ever After (1998) which was one of my favorite movies. When I found this pattern in a British Cross Stitch magazine I knew that I had to do it. And this year I vow that I will finish it. 2012 is the year!

Here is the first picture of her, from January 2009: 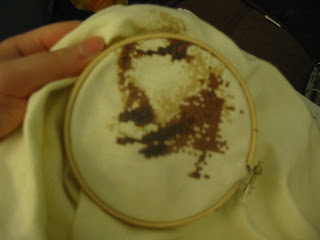 Then the update from September 2009: 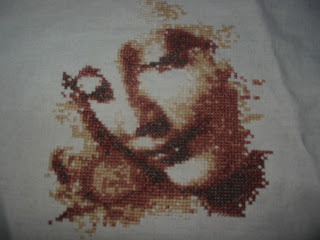 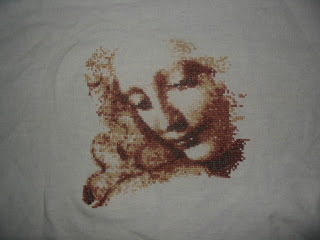 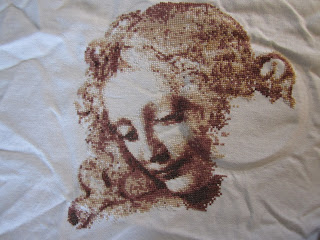 (pardon the wrinkles and the mark from the hoop, she's still in process)

So there actually isn't much more to go. I will update once she is done.

Email ThisBlogThis!Share to TwitterShare to FacebookShare to Pinterest
Labels: cross-stitch