Ingenious toy for a cat who likes to wrestle (and bite)

We got a little kitten who wasn't done growing up yet so he liked to wrestle around and bite our toes, arms, fingers, etc. We didn't want to teach him that it was alright to bite us so I researched solutions on the internet. I found an ingenious idea for a stuffed sock toy and I immediately made a few. Here is how it is done:

Start with an orphaned sock and something to stuff it with (in my case, that would be leftover scraps from sewing projects). 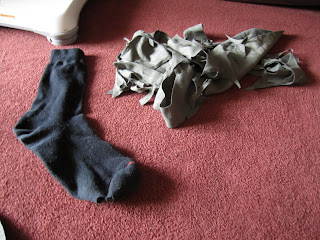 Stuff the sock with the scraps. You will need enough to fill it like a real foot. 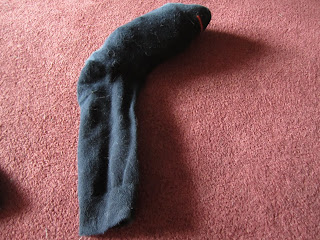 Then simply tie the sock off. 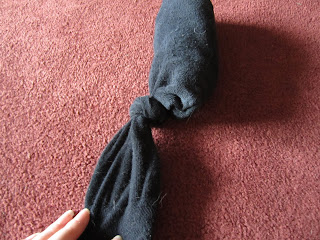 We had three of these and they all became our kitten's favorite toys. At the time, it was almost the same size as he was so he could wrestle with it like little kittens play. He loved it when we pulled at the toy to make it seem alive or when we threw it down the hall. Believe it or not, he would bring it back to us in his mouth so we had a tug of war with him. 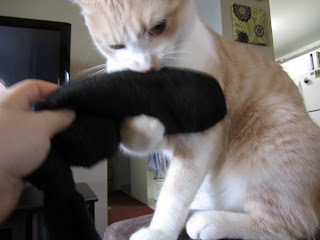 Now that our little pumpkin is fully grown, it is still his favorite toy. He doesn't try to bite us either: whenever he's having a frisky moment he goes for the sock. You can probably train older cats with a toy like this to stop biting and wrestling with your arms and legs.