A while ago, I posted my in-progress pictures of la Scapigliata. Now I can finally say that after four years of starting and stopping this project, she's finally finished!! I just have to mount and frame her now and put her on the wall. 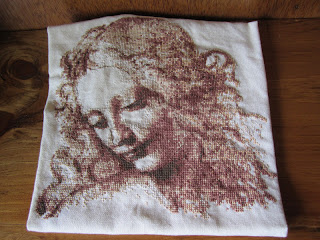 How did I do it? Obsessive cross stitching. I seriously lived and breathed this project for a whole month. I said that I wanted to finish her in June so I did it. Something just clicked in my head saying that it was time to finish her. 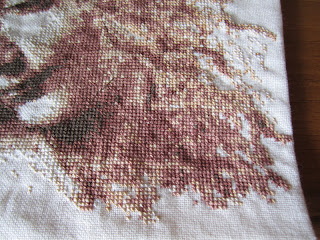 (detail of her flowing hair) 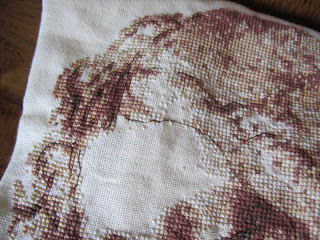 (detail of her hairline) 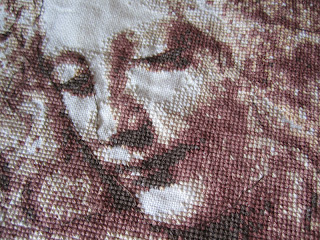 (detail of her face)

This project only took me four years but she's finally done. If I had spent more time on this instead of constantly doing a section and putting it aside she would have been done in six months.