How to cover a scrapbook with T-shirts

This is my university scrapbook. I got this kit for Christmas one year and I wasn't going to let it sit there because I didn't like the cover. I kind of decided a long time ago that I was going to cover it with something then I realized that I still had two of my old t-shirts from university. 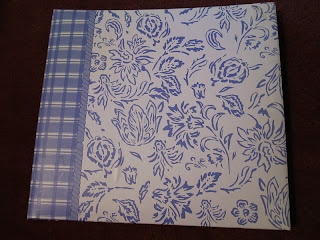 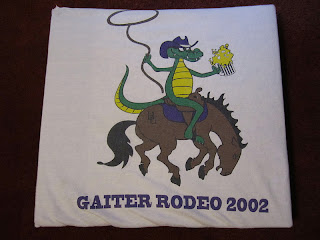 Then I got this idea: use the T-shirts to cover the scrapbook. Brilliant! You'll have to pardon the lack of tutorial photos though as I did this project before I started this blog.

For this project, I used two old T-shirts, matching thread (in this case, purple and white), a sewing machine, scissors, and the scrapbook that needs to be covered. A measuring tape and white or blue dressmakers pencil also came in very handy.

As I mentioned, please pardon the lack of photos for this part. What I did was measure the height and width of the scrapbook then put those measurements on the front and back of each T-shirt, marking the edges with the dressmaker's pencil. Then, I cut out 4 squares with at least 1 cm seam allowance on all sides.

As there was screen printing on the front and back of both T-shirts, I decided to have the white shirt on the outside cover and the purple shirt on the inside cover. I wanted to keep the print facing out.

I pieced together the two white pieces for the outside cover and pinned them together on the wrong side where the seam for the spine would be and sewed them up on the sewing machine. 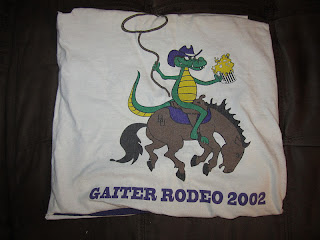 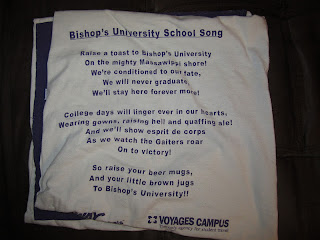 Next, I took the two pieces of the purple shirt (which will be the inside) and I pieced it onto the white shirt to see where the seams would be. I then pinned the seam facing the inside spine and sewed it down with matching thread on the sewing machine. For one piece this was the far right side, for the other one it was the far left. 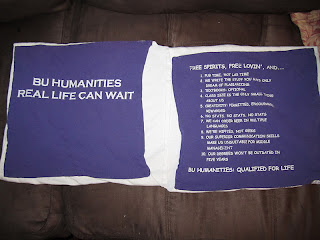 Then came the easy part. I turned both the white and purple shirt pieces inside out and pinned the front cover pieces on the wrong side up the seam with 1 cm seam allowance. I sewed this up on the sewing machine then did the same with the other two pieces. I now had a white outer cover and purple inner cover. 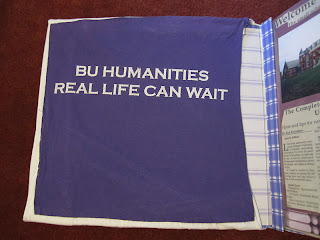 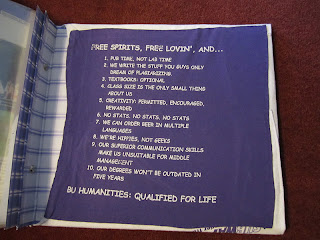 Again, I apologize for the lack of photos for this tutorial but I do have another scrapbook to cover and I will take pictures of that one.

Estimated time for this project: about 1 hour.