Christmas is my favorite holiday. I think that each room should have a little bit of cheer so I came up with this idea. I don't like displaying Santa's everywhere but I do like a touch of winter or Christmas to remind us of the season. 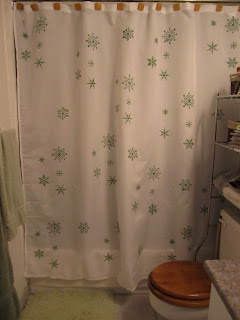 For this project, I started with a white fabric curtain, a snowflake stencil, a stipple stencil brush, green craft paint, tape, and a small container for paint. We had no newspaper in the house so we used old towels. A large, hard work surface is also useful: I used our dining room table. 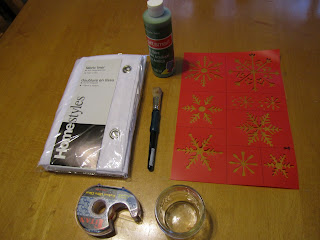 I set up the towels on the table then pressed the shower curtain to get rid of all of the wrinkles. I also cut my stencil sheet. 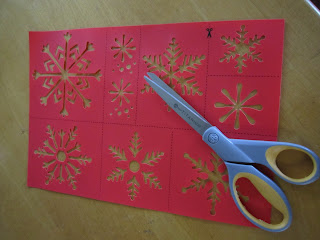 Next, lay the shower curtain out over a large surface like the kitchen table. 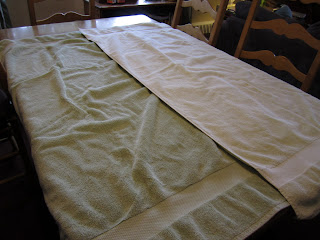 Add tape to the bottom of the stencil to tape it to the shower curtain. 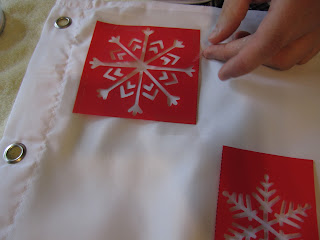 I decided to do a cluster of 5 different snowflakes all over the shower curtain instead of stenciling the entire thing. My husband helped me with the painting which was wonderful! 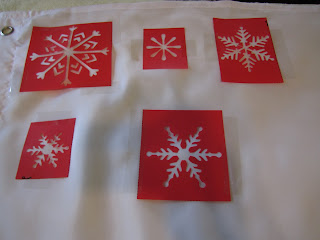 I started in the top right-hand corner so that I could work my way to the left. I squeezed some paint into a container (for me this was a small glass mason jar), got some paint on my brush and I started stippling the paint over the stencil. I found the best way to do the stencil was to start with the corners then work my way in to the center. 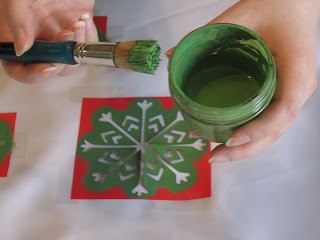 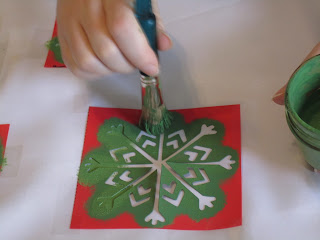 After the stencil was done, we lifted the stencil and tape from the shower curtain and moved it to another spot and continued stenciling. 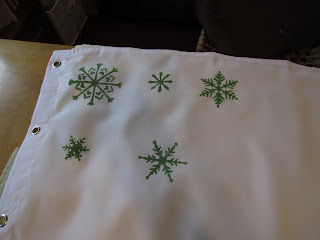 We did clusters of the snowflakes, going down the edge, doing the bottom then working our way in. We didn't want to cover the entire shower curtain in snowflakes. 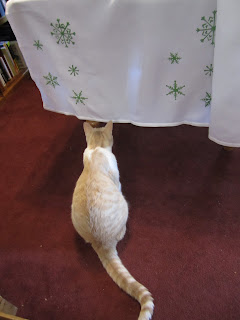 Our only issue, of course, was that Felix wanted to burrow under the draped shower curtain so we rolled it onto the table so that it didn't drape over the sides.

Once all of the "clusters" of snowflakes were done, we took another stencil and filled in any gaps with another snowflake stencil.

Estimated time for this project: 2 hours 30 minutes. It took time to set everything up and about an hour to do the actual stenciling for two people. It also took time to clean up after (container, brush, stencils and table). 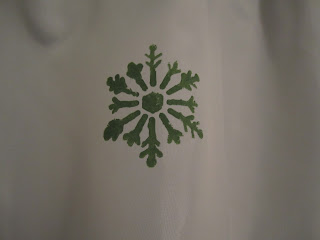