Capris out of old dress pants

So, I went into this summer with no shorts but I had at least seven pairs of pants that I had gotten at clearance price.

So, I decided to take four of those pairs and make capris out of them. It's extraordinarily simple to do!

To start off, I folded the old pants over and smoothed them out so that all edges were touching. 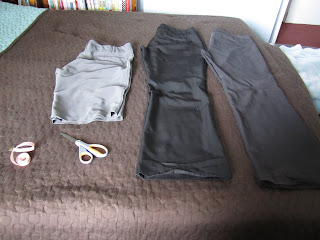 I did the same with the pair of capris. Then, I laid the capris over a pair of pants. I made sure that everything was smoothed out (I didn't want any uneven edges as I was cutting both pant legs at the same time). I cut the pants one inch below the finished edge of the capris for seam allowance. 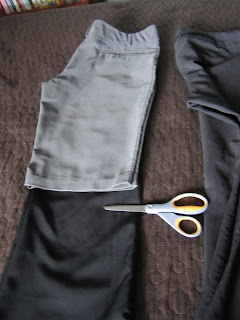 Last, the only thing left to do is sew. I did a double seam (folded under twice) to avoid serging as I don't have a serger. I pinned the leg seam into place and made sure that it was straight. I sewed the seam down on the sewing machine then cut off any loose threads. Done! 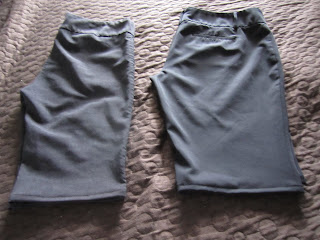 Estimated time for this project: about 7 minutes to measure and cut two pairs of pants and about 7 more minutes to pin and sew up the legs (14 min).